We welcome you on the web page of the most progressive and creative travel agency in Azerbaijan. Since our creation, we did everything possible to make people forget about the troubles of the travelling by creating a new profile of how a tour operator should offer its service and make everybody happy.

We are trying to introduce the best ideas of our foreign partners into our business and we share new experiences with our clients all over the world.

If you are new on our web page, we invite you to do not worry about where to go and plunge into the beauty of the world with the Cat!

Since the beginning of the second half of 20th century, world medicine began new treatment methods for bronchial asthma illness in karst caves and salt mines. After further research, doctors concluded that sodium and chlorine ions in salt mines have positive effects on lung bronchial diseases via halotherapy or speleotherapy, both of which are proposed treatments for asthma and other respiratory diseases that involve breathing inside caves.

Professional specialists in various medical fields work at the Duzdag Physiotherapy Center at the Duzdag Hotel, where allergic diseases, especially bronchial asthma, are treated. People from all regions of Azerbaijan, as well as foreign tourists, regularly visit the center. 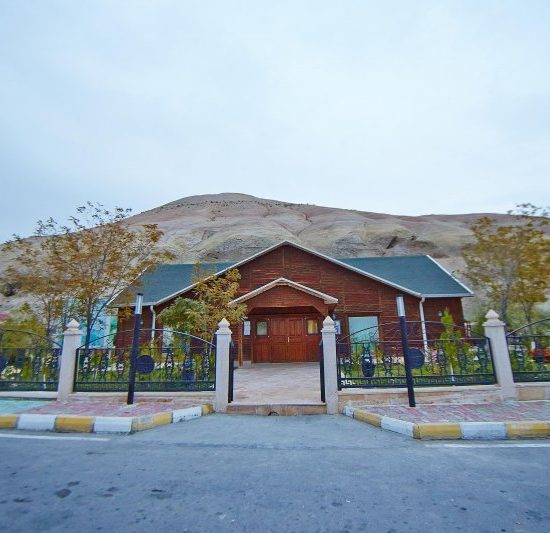 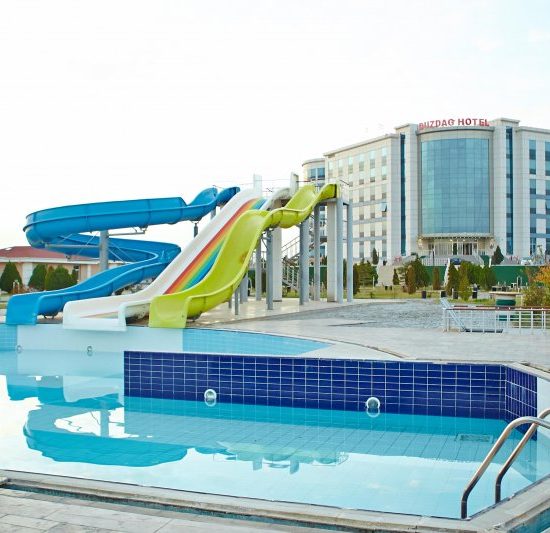 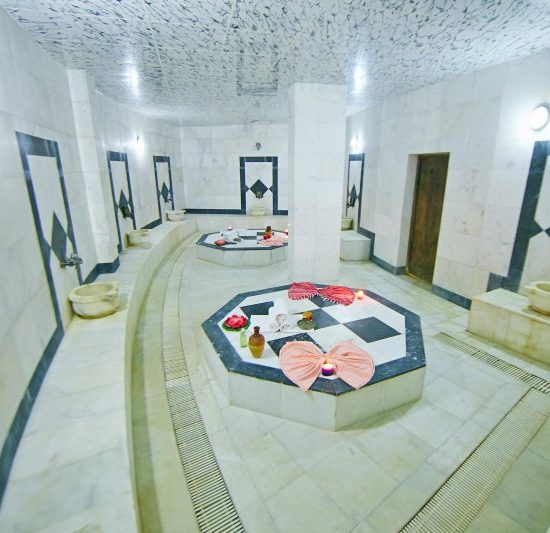 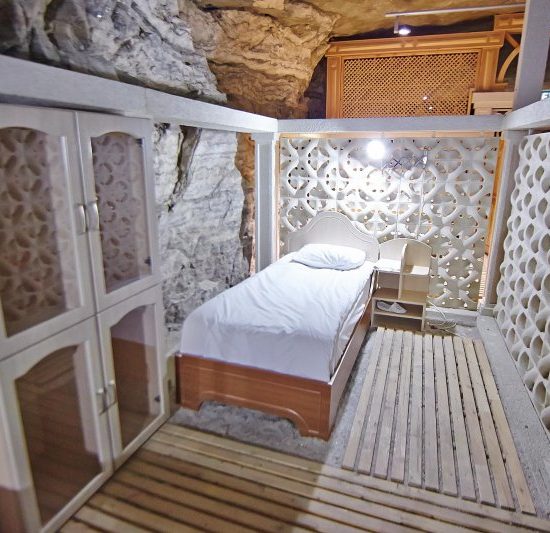 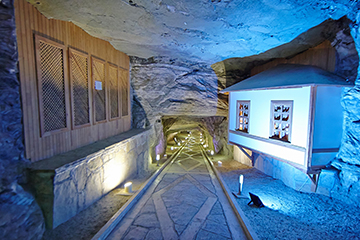 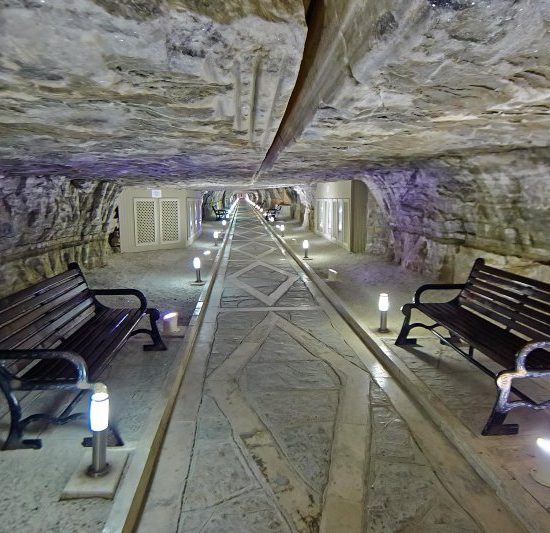 Arrival in the airport named after Heydar Aliyev. Meet with the local staff and transfer to the hotel. Check-in at the hotel. Free time till the next day.
2

The day starts with the discover of the most anscient part of Baku, the Old City. Here you'll discover tha past of Azerbaijan and formation of the personality of the city. Walking part starts from the main gate of the Old City the Double Gate, crossing Main Square and the great Silk Road. Visit includes middle age Karavansarays, the most anscient building of the city Maiden Tower 8 century b.C, Juma mosque, Shirvanshahs' Palace the residence of local dinasty of 9-16th centuries and various souvenir shops. Tour continuous with the famous Fountain square, the living heart of the city and Nizami street, the shopping artery of Baku. After all you'll be able to admire amazing panoramic view of Baku's bay from the altitude of the Martyrs' Alley. At the end of the day departure from the airport to Nakhchevan Autonomic Republic. Arrival to the city and guided transfer to the hotel.
3

Starting Tour around ORDUBAD. It is located in the eastern part of NAR. The climate is contrast - cold winters, hot summers. The flora and fauna are rich and the air is exceptionally clean. Many herbal plants and fruits grow in the district. There are many historical monuments dated to the Bronze Age: stone sculptures of rams, remainders of ancient settlements dated to the 2nd-1st millennia BC in the village of Sabir, ruins of the ancient town of Gilan by the village of Aza, medieval buildings in the villages of Kilit, Velaver, Ailis, Aza, Kotam, Bilev and Vanand. There are also ruins of the ancient town of Anabad, the Shahtakhty Tower near the village of Andemidzh, mosques of the 19th century, a mausoleum of the 14th century in the village of Der, a bridge (1826) near the village of Aza, ruins of a bath (14th century) in the village of Der and many other monuments. On the Gamigaya Mountain, 60 km to the south of Ordubad, there are unique petroglyphs dated to the 3rd-2nd millennia BC. There are thousands of drawings picturing people, domestic life, and hunt, real and fantastic animals. Its monuments include the Juma Mosque with unique arched recesses of the elevation, the Dilbar-Mosque, the Afgan Tower and an eyvan of the 18th century, numerous ancient chashme (buildings near springs), the Geysariya indoor trade complex with round domes (19th-20th centuries), an ice-house and mosques of the 18th century, two-storied madrasah and many others.
4

Starting Tour around DZULFA. The district of Dzhulfa is located to the east of Nakhchivan city. It is dry, hot in summer and freezing in winter. Total amount of precipitations is about 220-600 mm. There are rivers of Alindzha, Gardara and Araz (along the border with Iran). Very beautiful and unique are mountains along the road to Dzhulfa: the geological factor (the composition of layers, age etc.) has influenced their appearance - the mountains resemble huge, dome-shaped, fantastic structures. The mountains of Dzhulfa are forested, with beech, hornbeam, oak; fauna includes wolves, foxes and hares. On the bank of the Araz River, there are remainders of ancient structures. These are a caravanserai (13th century) - one of the largest on the territory of Azerbaijan, and the remainders of a bridge dated to the beginning of the 14th century, built by decree of Nakchivan Khan Khakim Ziya Ad-Din. There is the small Gulistan mausoleum (13th century) near the village of Dzhuga and more mausoleums near the village of Der (particularly well preserved is the Tower Mausoleum (15th century). There is also the fortress of Alindzha (12th-13th centuries) and a number of other monuments and ancient ruins. There are many springs in the area (about 40). One of them, located on the slopes of the Daridag Mountain, produces about 500000 liters of strongly mineralized water annually. Meals are available also at the "Gulistan" restaurant and "Eldar" Cafe.
5

Starting Tour around BABEK. Northern and southeastern parts of the district feature mountainous landscape, while southern and southwestern parts are predominantly lowlands. The tallest peaks are Kechaltepe (2740 m), Garagush (2617 m) and Buzgov (2470 m). The district is rich in mineral springs (Sirab, Gakhab, Vaikhir) and deposits of rock salt. It is traversed by the Nakhchivanchai River and its branch called Dzhakhrichai; there are reservoirs - Araz, Nekhra, Uzunoba and Sirab. There are no forests. Native industries include wine, grain and melon growing as well as cattle breeding. Located on the area of the district are such famous archeological monuments as Gultepe and Gultepe-2 along with the ancient ruins of Abasabad, Vaikhir and Aznabyurt. The town of Babek is the administrative center of the district. Until 1978, the town was called Tezekend.
6

Starting Tour around SHAKHBUZ. The district of Shakhbuz is located in the northern part of Nakhchivan Autonomous Republic. This is a mountainous land. The tallest peaks are the Salvatly (3160) and Kechaldag (3115) mountains; there is also a mountain pass called Bichanak. Like the rest of the republic, there are many underground waters, including mineral - Badamli, Batabat, Karvansara and Bichanak. There are also deposits of brimstone, construction materials and peat. The district is traversed by the Nakhchivanchai River and its branches - Kuku, Shakhbuz and Salvarty. Lakes - Ganligel, Batabat. The mountains are heavily forested. The town of Shakhbuz is the administrative center of the district. An interesting monument sometimes called "The House of Farhad" (on behalf of the Nezami's "Farhad and Shirin" poem's key character) has been found on the outskirts of the town. In fact, this is an ancient "house" of rather unusual shape - four rooms with "verandah" carved out in the mountain walls. Archeologists have also found the ruins of the Shakhpur fortress, bearing the name of an ancient ruler. The name is believed to have transformed to "Shakhbuz" later. The village of Garabaglar houses a famous mausoleum called "Garabaglar". The village is covered in gardens with ancient but still operational kagrizs located in the foothills of the Zangezur Range. There is also a system of fortifications with towers and water supply systems evidencing an ancient origin of this settlement site. According to one of versions, the mention of "Garabaglar town with 10000 houses, 70 mosques among which 40 are with minarets" regards the present village. The town of Shakhbuz is the administrative center of the district. Lodging can be provided by local residents. There is a resort called "Badamli" (1400 above sea level), located near the mineral water bottling plant of the same name.
7

Starting tour around SHARUR. The district of Sharur is located in the western part of the republic. On the south, this area is bordered by Iran. Northern and western parts of its territory feature mountainous landscape with the Daralaya Mountain Range. The tallest mountain is Galingaya (2775 m). The climate is semiarid; in winter, the temperature rarely falls below 30 C, in summer, it does not exceed 260 C. Local rivers are branches of the Araz River (Arpachai etc,). The waters of Arpachai are used for drainage, facilitated after the construction of the "Arpachai" reservoir. Local fauna includes mouflons, wolves, bezoars, foxes, wild boars and hares. The district's numerous historical monuments include ancient settlement sites dated to the Bronze Age on the banks of the Araz and Arpachai Rivers. Found in the cave of Gazma were stone and obsidian instruments dated to the Middle Paleolithic Age; examples of skillfully made decorated ceramic ware have been found in the village of Shahtakhty. Archeological excavations near the villages of Arbatan, Vermaziyar, Garagasanli, Babeki and Kosadzhan revealed the settlement sites of Kelukler, Kehne, Arbatan, Kehnekend and Kultepe, the memories of which had been living in minds for ages. The town of Sharur is the administrative center of the district. The town is new - it was founded during the building of the railway. There are two parks, a museum, a stadium, a cinema, a mosque and the memorial museum dedicated to shahids. On the other side of the railway, there is an old town with baths, bazaar and mosques.
8

Starting tour around KENGERLI. The landscape of the district is predominantly mountainous; it is located on the Daralaya Plateau. The climate, like in the rest of the autonomous republic, is strongly continental; it is very hot in summer and chilling in winter. On the territory of the district runs the Araz River that flows along the border between Azerbaijan and Iran. Mountainous landscape, climatic conditions and lack of small rivers underlay the features of the indigenous fauna, which is represented largely by semidesert and mountainous species (bushes, herbage and scarce trees). This is an agricultural district with advanced tobacco, cine, grain, vegetable and melon growing. Like the rest of Nakhchivan Autonomous Republic, there are many ancient monuments, evidencing that the land was inhabited in earliest times: the Chilkhangala mounds, the Gazma Cave and the ancient settlements of Galadzhig, Govurgala, Damlama, Gulamtepe and Balatepe. There are also newer monuments - the Jami Mosque (18th century) in the village of Khok, a mosque of the 18th century and a bath of the 19th century in the village of Shahtakhty. The village of Givrag is the administrative center of the district. It was founded only in 2004. Givrag is located on the Nakhchivan-Sharur highway, 30 km from the capital (Nakhchivan) and 6 km from the Araz River. As the administrative center status has been gained not too long ago, Givrag has not yet developed the infrastructure for tourists' accommodation. However, lodging can be provided by local residents that can rent out an apartment or a house for reasonable price.
9

Free day in Nakhchevan. In the evening transfer to the airport and flight to Baku. According to home flight's time departure from azerbaijan. Good luck and sweet trip!

Make Your Own Memories 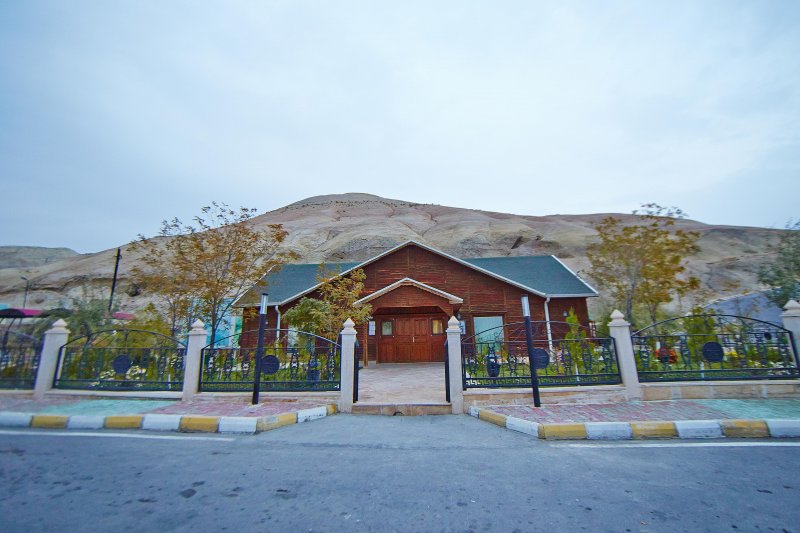 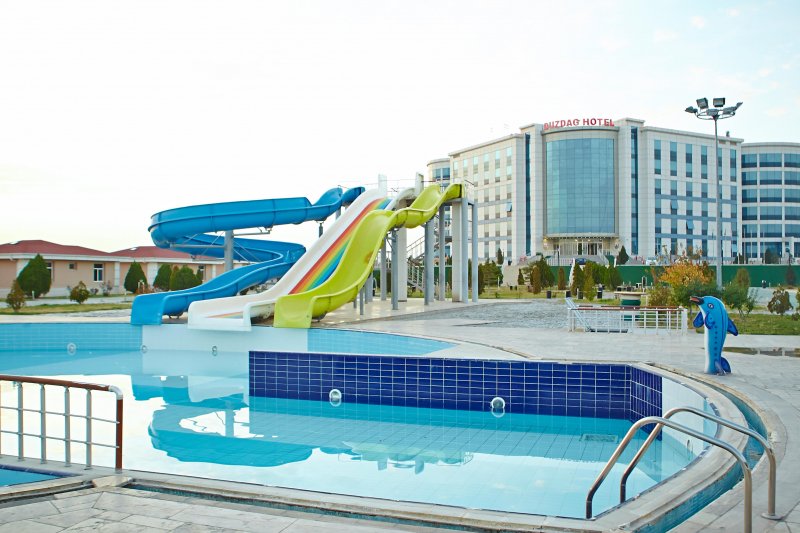 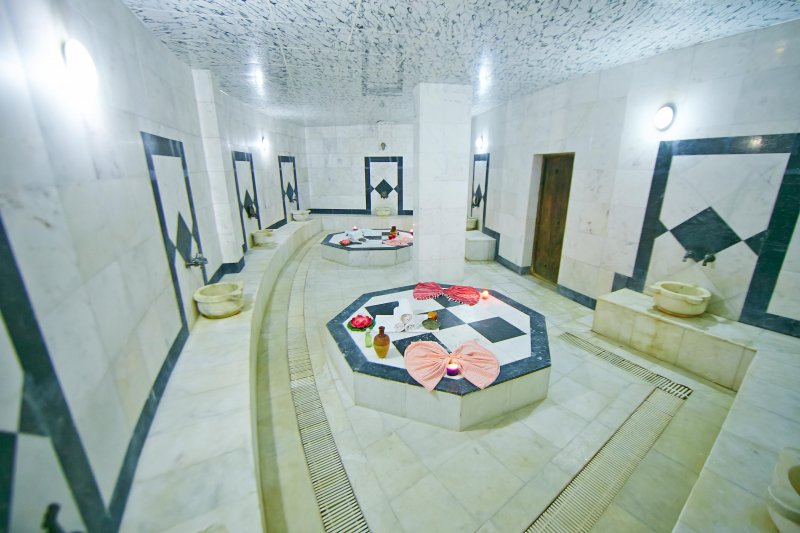 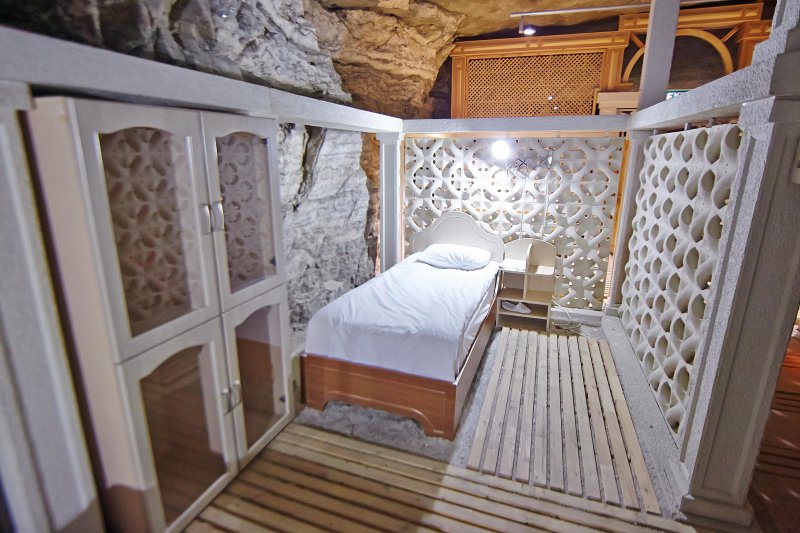 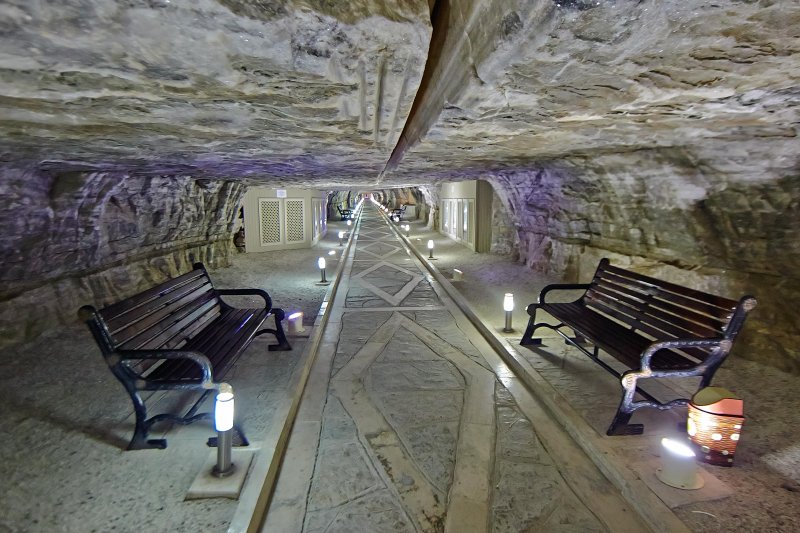 We are sure you liked to travel with us and you will suggest our company to your friends. We would be grateful if you evaluate our service and leave for us some comments. We also accept comments and remarks about the program and tour in total. Thank you in advance!